Wildlife in the Garden

Picture thanks to Joe Clark

Like the rest of the country ,East Lothian would naturally be covered in forest. That means that most of our native wildlife lives in trees and bushes. The variety of wildlife we have is less than on mainland Europe as until a few thousand years ago, Scotland was covered in ice. When the ice melted there was a short period when some plants and animals colonised before rising sea levels created the British Isles.

As people cleared the forest and began farming, opportunities for plants such as poppies and cornflowers were created. What we now value as cornfield annual wildflowers were weeds to early farmers. East Lothian Council uses annual mixes to good effect on many roundabouts and grass verges though these have other non-native plants such as Californian poppies and cosmos added to give greater variety and a longer flowering season. You can do this on a smaller scale in your garden but you need to cultivate the ground and sow fresh seed every year.

Wildflower meadows are different. All were originally permanent grass for grazing and making hay. You can try to create one by leaving an area of grass to be cut once in late summer. Rake off the cut material to reduce the fertility and encourage other flowers. The wildflowers that will appear will vary according to what soil type you have. You can try adding plug plants or seed to speed things up. You can sow yellow rattle to parasitise the grass but you need to scrape bare areas for it to germinate in.

Bees and butterflies will use plants whether native or not if they provide nectar . Any garden with a succession of flowers over as long as possible will hold a good variety of insects . Some plants are better nectar and pollen providers than others and there are plenty of lists on the internet . Although sterile or double flowers are poor nectar sources they flower for much longer periods and are usually the best choice for hanging baskets or tubs.

The most effective way to encourage birds into a garden is to provide food and water – the last for bathing as well as drinking. Garden ponds, even very small ones ,will attract wildlife; put in a few appropriate aquatic plants and you will be surprised how invertebrates, amphibians etc. will colonise.

The variety of garden birds will increase if you feed seeds such as sunflower and niger as well as scraps. In the breeding season confine peanuts to wire feeders to stop birds taking whole nuts to nestlings which might choke on them. For insectivorous birds fat is a good food or you can buy special products. People often ask about the effect of predators on garden birds. Sparrowhawks will kill smaller birds while magpies will take eggs and chicks but there is no evidence that they have any significant effect on songbird populations which, like most wildlife, are controlled by food supply.

The small birds that are most dependent on humans now are swifts, house martins and swallows as so many of them use buildings for nest sites. Putting up nest boxes is only worthwhile if birds use them! The most common box is only useful to a few hole nesters such as tits. Open fronted boxes can be used by more species like robins or wrens. Often it is more useful to erect special boxes e.g. for owls or swifts.

Trees and shrub give cover which most of our songbirds need. There are many that can also provide food as well as looking good, notably berrying types like rowans, cotoneasters and crab apples . Some seed sources such as sunflowers and teasel look good in a garden setting .This is less true with thistles , nettles and brambles though these are of great value to wildlife. That is why it is important to consider the countryside beyond the garden gate. We have two excellent examples in East Lothian with the Pencaitland and Longniddry railway walks.

The idea that encouraging wildlife will control pests is not realistic. Most gardener grow a variety of plants unlike farmers who have large fields with only one crop which is more vulnerable. If a plant suffers unsightly damage move it perhaps into a pot which is one way to keep slugs away from hostas.

The reason for attracting wildlife into your garden is simple – just enjoy seeing it!

Zooming our first Winter Talk - now available to view at your leisure! 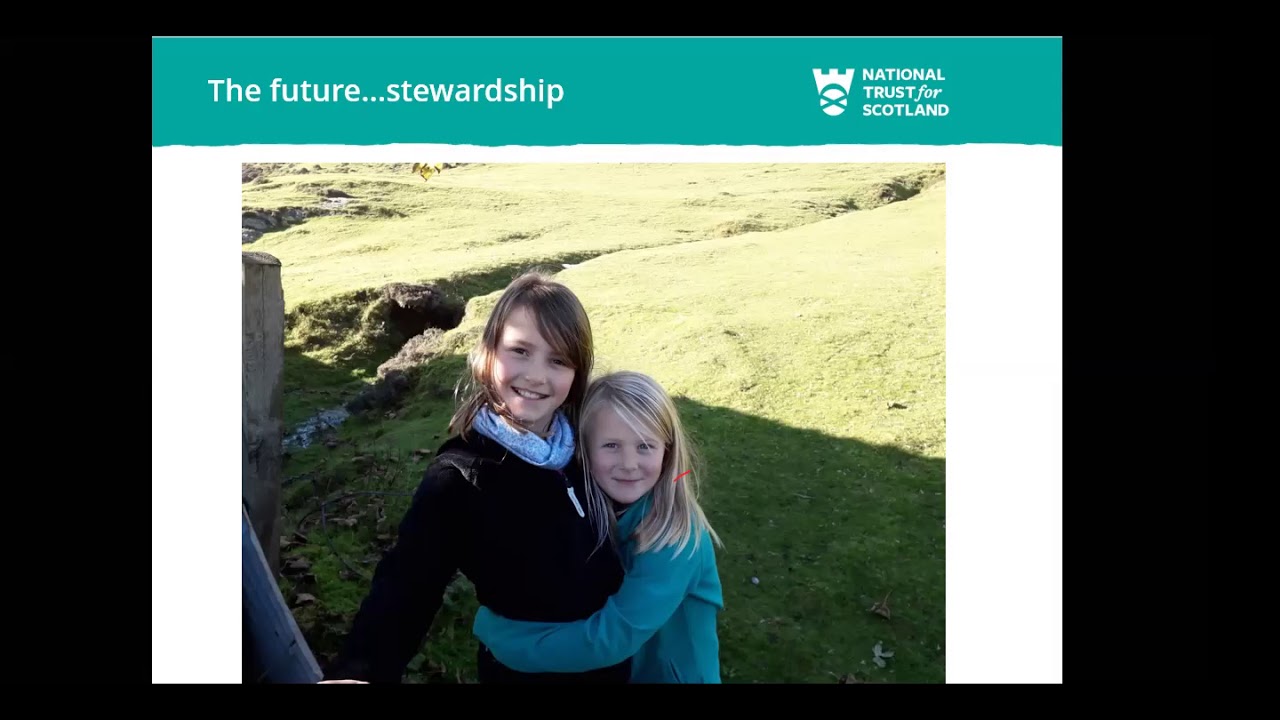